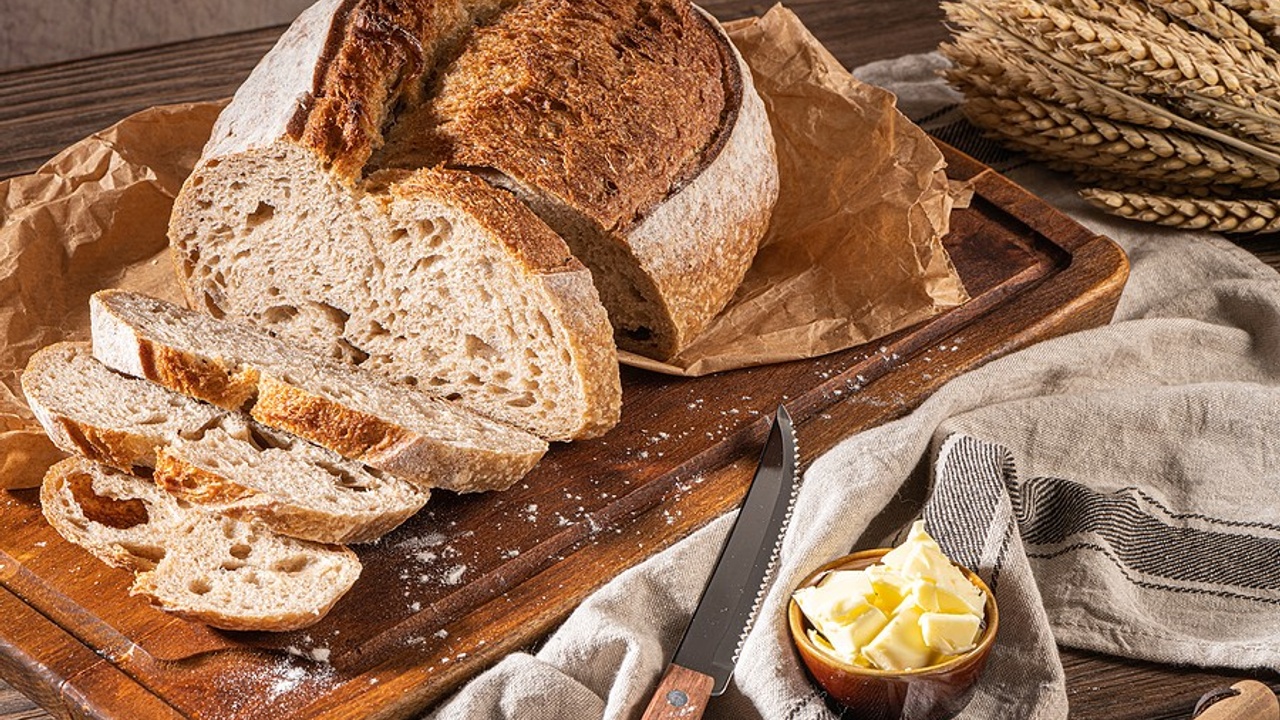 Bread.  Americans have had a love affair with it, at least from the time I entered this world.  My mom would make me grilled cheese sandwiches, I was a massive fan of PB&J, and most days my lunchbox contained a sandwich.

Know this.  I was carrying my lunchbox to school in 1969!  The world has changed!  The air has changed, communication has changed, and BREAD HAS CHANGED!

Let’s take it a step further.  The WHEAT has changed!  And in terms of human health and nutrition, not for the better.

It’s hard to answer the question, “can I eat bread during my fat loss journey” with a simple yes or no, but the easiest most accurate answer would have to fall closer to “No” than “Yes.”

My 1969 PB&J sandwiches were made on white bread.  We didn’t know of any other.  Wonder Bread to be precise.  It was a staple, not only in my life, but in virtually every American household.

My Aunt Jeannie lived near my elementary school.  A couple of days a week I’d go to her house to eat lunch with my cousins.  It was a very limited menu.  Tuna salad . . . on white bread.  Yes, back in those days of innocence, white bread was king.

It came in the form of toast in every restaurant that served breakfast, every coffee shop and café offered a menu of sandwiches without having to ask “what kind of bread do you want?” and whether you called it a “sub,” a “hero,” or a hoagie,” your roast beef came to you on white bread.

And everybody seemed OK.  We didn’t have epidemics of obesity.  In fact, we didn’t even have the name “Type 2 Diabetes.”  It was then called “Adult-Onset Diabetes” because it was uncommon in children, even if they ate white bread every day.

Have we changed as humans?  Why today is the topic of bread so controversial, why have major medical and nutritional regulatory agencies linked white bread with blood sugar irregularities and risk of obesity, and why is there now an entire aisle in supermarkets offering 150 different types of bread?

And because of those changes, I would discourage anyone pursuing a health improvement or fat loss program from consuming white bread.  It’s processed, it’s refined, it’s nutritional value in negligible, it quickly and easily spikes blood sugar and insulin once it leaves your digestive tract, and an impressive body of evidence has evolved to support its increasing role in chronic digestive disorders and inflammation.

And that brings us to the source of the matter.

Before you attempt to summon up the belief that “if bread was OK then, it must be OK now,” it’s best to understand that the largest area for concern lies in the wheat itself.  I won’t turn this article into a long diatribe about the history of wheat, but I will share an excerpt from Dr. William Davis’ book, Wheat Belly.

Dr. Davis says, “this thing being sold to us called wheat—it ain’t wheat. It’s this stocky little high-yield plant, a distant relative of the wheat our mothers used to bake muffins, genetically and biochemically light-years removed from the wheat of just 40 years ago.”

As science allowed large chemical companies to alter naturally existing plant matter, agricultural commerce took on brand new potential.  By hybridizing and genetically altering “the seed,” crops were grown that were impervious to pesticides and herbicides (i.e. glyphosate-resistance wheat).  With generous use of deadly compounds to eradicate the pests that hinder the growth of corn, wheat, or any major crop grown for large scale consumption, more seeds grew to maturity and fruits, vegetables, and grains became frankenfoods, looking like nature’s gifts, but with unnatural modification.

This results in a bounty for large agricultural empires, and the slow “change” in the digestive health, cellular integrity, and immune intelligence in humans.

If you want to better understand how this dietary wonder from nature was turned into a source of digestive disarray, read the book.

Whole wheat bread is processed (unless you find a bread tree) and while the whole wheat grain can provide more fiber and nutrition than its white bleached counterpart, most bread labelled whole wheat on supermarket shelves “contains whole wheat” but the ingredient label also reveals the presence of “bleached” flour.  The word “enriched” on the label suggests this is nutritionally valuable, but the truth is, had they not stripped out the B vitamins in processing, they’d never have to “enrich” the product, meaning add those nutrients back in.

If you are to find a bread truly made with The Whole Grain (germ, endosperm, and bran of the original grain), and if it comes from KAMUT Wheat or Farro Wheat (the form of wheat that grew abundantly prior to biotechnology) that would certainly be a much preferred option.  I have long respected the work and advice of my friend Keith Klein, a renowned nutritionist, and he coined and shared the term “better bad choice.”  That applies here.  It’s still processed, it can still drive an inflammatory response, and upon careful exploration of the label, you’ll often find up to 5 grams of sugar in a serving which amplified its impact on blood sugar and fat storage.

My intention is not to villainize bread, and if you have a great metabolism, an ideal weight, are in a state of health, and want to have your egg salad on a toasted whole grain English muffin or your sliced turkey breast on 7-Grain Seed Bread, knock yourself out.  If however, you are following a program aimed at metabolic repair or reversal of weight loss resistance, a reliance on bread will have some limiting impact upon energy, fat release, and metabolism which is why it falls into the category I’ve named “energy disruptors” and is best left on the supermarket shelf.

ISN’T THERE ANY BREAD THAT IS GOING TO ALIGN WITH A FAT LOSS PLAN?

Bread does have fiber, and in that is often promoted (by those who profit in the sale of bread) as a weight loss aid, and there is some legit research to suggest that whole grains rich in nutrients can aid in digestive and metabolic health, but the processing, the sugar, and the common immune inflammatory reaction to the grains nullifies the “it’s good for you” arguments.

Now, with all of that laid out in a straightforward “here’s the real scoop” format, there is a way to enjoy some bread without jeopardizing your journey to metabolic excellence.  Consider millet bread.  It’s found in the freezer section of well-stocked natural markets.  It’s made from millet seeds.  The label should reveal the primary ingredient to be millet seeds, often with the welcome addition of some brown rice, flax, and sea salt.  It’s higher in protein than most commercial breads (and should be low in or free from sugar).

Before I wrap this up, let me caution you.  Millet bread doesn’t behave like Wonder bread.  Its harder, seedy, and if you’re looking for a soft pliable piece of bread, this ain’t it.  But if you want to have a treat, toast the millet bread and while its warm, spread some organic almond butter on it.  This isn’t the optimal fat loss meal, but it can mitigate your bread craving, provide a really tasty treat, and not compromise your fat loss program (assuming you eat supportively the rest of the day).

Oh, and millet is gluten-free.  I’ll save the gluten issue for another article or you can find a pretty solid explanation of the gluten realities in my Metabolic Meals recipe book (available with the 21 Day Metabolic Reboot Program).