What's the Deal with Salt? 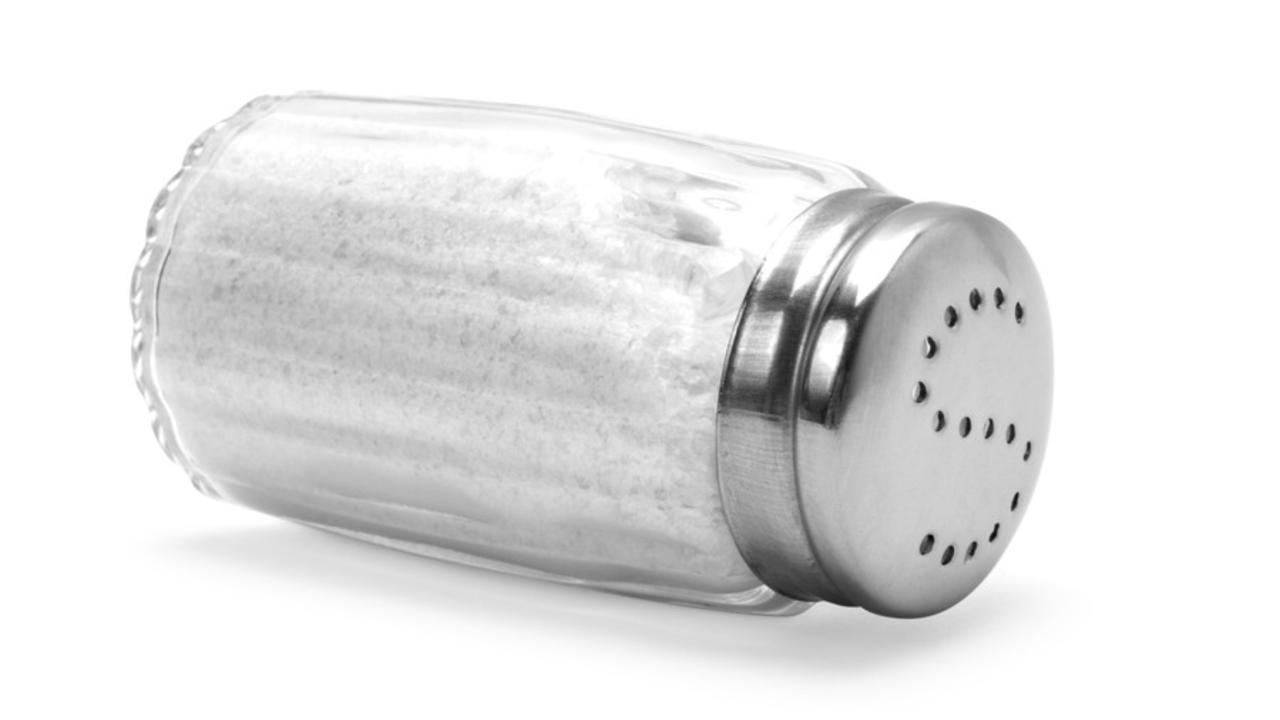 Sodium and salt are synonymous.  Sort of.  OK, not really.  OK, not at all.

If you poke around through conventional information channels, it’s easy to point a finger at salt and accuse it of being the hypertensive villain, and if you want some salt to point a finger at, you don’t have to look very hard or very far.  Salt finds its way onto every restaurant table in America and into virtually every snack food from cookies to chips.

Sodium has many roles in human metabolism and due to its propensity for water, high sodium intake may increase water both intracellularly and in the interstitial space between cells.  The increased fluid retention can lead to the heart working harder to move more fluid through a reduced arterial space.  The likely outcome of more water inside and around the arteries would be greater pressure inside.

If we had only that information to go on, we could draw the following conclusion

This conclusion seems to make sense, and years ago, scientific evidence seemed to support the idea that an over-consumption of sodium was a primary contributor to problematic hypertension.  Interestingly, much of that referenced evidence stems from Walter Kempner’s 1930’s work on treating obesity and hypertension with a diet that became known as The Duke University Rice Diet.

Over the decades that followed, medical institutions recommended reductions in sodium, down to as low as 1500 mg per day, finding that these reductions often correlated with drops of 5 mm Hg in systolic blood pressure and 1-3 mm Hg in diastolic pressure.  Not a “fix” but perhaps a piece of the puzzle.

Thankfully research continued, and wow did things get confusing.  In their attachment to what came to be known as the salt hypothesis (high sodium intake = high blood pressure), researchers conducted the INTERSALT study reaching into 52 nations to draw conclusions as to the contribution of salt intake to hypertension incidence.

The initial conclusions verified the salt hypothesis, and researchers nodded their heads agreeing salt is in fact the culprit.  It didn’t stop there.  Through peer review, this study was scrutinized, the researchers were criticized, and suffice it to say, the back and forth debate opened up a salty can of worms that drew more researchers into the pool.

A growing body of evidence soon punched so many holes in the salt hypothesis, in the large scheme of evidence, it had little to stand on.

Some studies actually showed a reduction in blood pressure among those who consumed more than modest amounts of sodium, others showed reductions in blood pressure when sodium was increased but balanced with potassium and magnesium, and still others demonstrated how populations with higher sodium intake had lower incidence of hypertension.

Table salt, sodium chloride, the salt we sprinkle on french fries and into Blood Mary cocktails is synthetically derived, processed and bleached until it’s an unnatural compound void of any other valuable minerals in any significant levels, at least related to health.  To equate table salt with “the salt of the earth” is to equate a synthetic unnatural compound with a natural source of electrolytes and vital minerals.

Cutting out table salt goes along with cutting out bleached and processed flours and sugars.  The synthesized foodstuffs are unnatural and may contribute, not only to water retention, but to inflammation, both culprits in blood pressure escalation.

Let’s be careful here.  Cutting out table salt doesn’t mean trading it for crackers and snack foods that come in boxes with labels that say “low sodium.”   When sodium is omitted from a tasty cracker or snack, consumers often compare the revised taste to cardboard or styrofoam, neither of those high on the “Great Taste List.”

When you remove a prime taste factor from a beloved food, sales of that food plummet.  In preservation of their revenues, food manufacturers have learned to replace the table salt with something else, and they often add compounds that are equally unnatural and potentially harmful (such as MSG and other chemical flavor enhancers).

With this new information, we can now conclude table salt may be problematic, but let’s be careful not to throw the sodium out with the table salt.

Real salt, as in natural unprocessed salt, has many health benefits.  It is charged with negative ions and unlike processed table salt, works to support fluid balance.

It’s also important to note that an absence of sodium or a sodium deficiency can lead to a myriad of health problems affecting everything from heart rhythm to adrenal function, so . . . treating hypertension by reducing table salt is only a tiny piece of a strategy that requires more of an overhaul, and it’s best accompanied by a number of other nutritional shifts which we’ll address shortly.

I suggest we get salt out of the line of fire, recognize that table salt and chemical additives are just not going to be healthy for anyone, and focus more on what we can change . . . holistically . . . . to restore blood pressure to safer levels.  This has to focus, not only on what we avoid, but more importantly, on what we opt to eat and what we opt to do!

Sea Salt is provided by nature and produced by evaporating sea water.  Unlike processed table salt, its abundant in trace minerals, a valuable source of natural sodium (electrolyte), has value in maintaining adequate hydration and fluid balance, and contributes to brain health, optimal muscular function, and ideal function of the central nervous system.  Comparing sea salt to the salt you find in the shaker sitting on the table in the diner is anything but fair.

As is the case with most nutritional dilemmas, and "what's the deal with ______" questions, a bit of clarity is usually enough to prompt better decisions and better, healthier outcomes.

From the 7 Day Firestorm to the new TRANSFORM 20/20, these programs offer true solutions to lasting physical change and radical shifts in health and well-being

Tell Me More About the Programs