Your Appetite. Are you a Victim or the Creator? 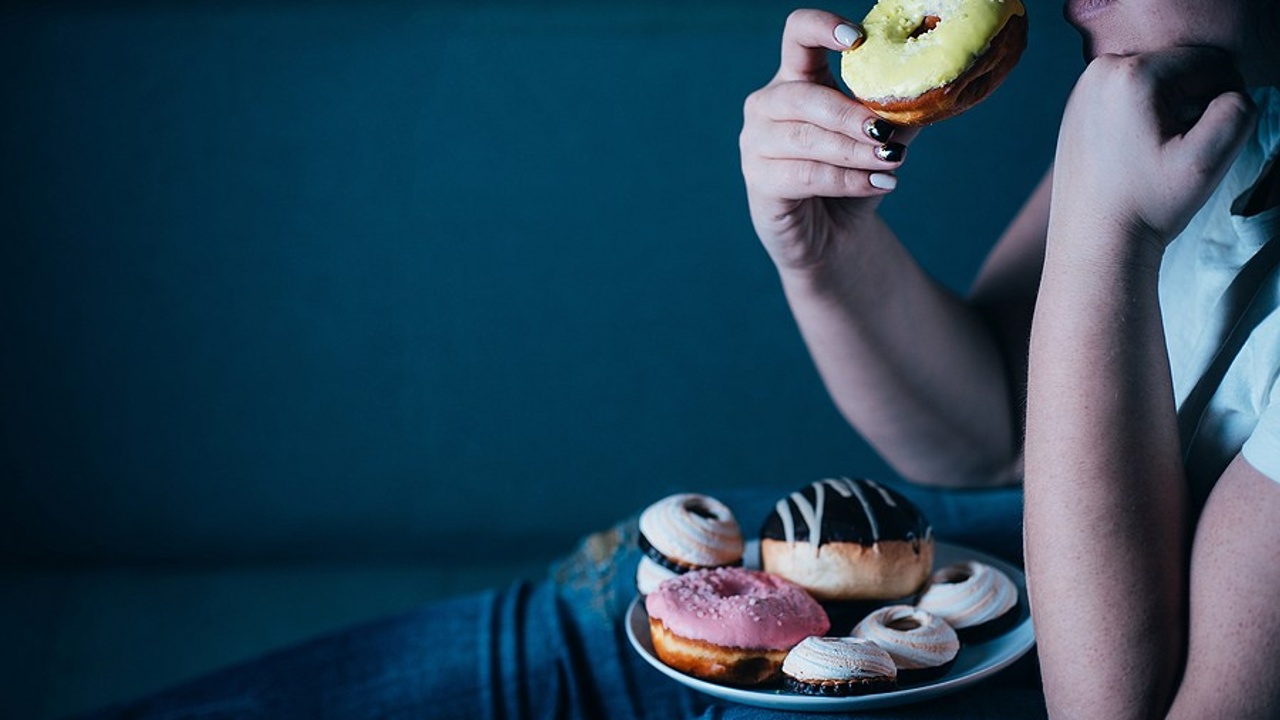 “No matter what I do I can’t lose weight.”

It’s a fair conclusion after a series of failed attempts.  It aligns with another oft-concluded mantra.

Both statements find followers, hard-core advocates of the truth behind the words, and the habitual thinking of those words is certain to ensure they’re proven valid.

Reactively creating subtle but controlling self-talk is precisely how people become victimized by flawed attempts, misinformation, and all-out fraud in the arena of “weight loss.”

The perceived failure creates thoughts of “can’t,” thoughts of limitation, and the mental “looping” of the false conclusions cement these thoughts into an ever-increasing belief.

The real problem lies not in the ability or lack of ability to lose weight, but rather in the abundance of flawed programs that are metabolically antagonistic despite their popularity!  In other words, the most popular weight loss programs are destined to fail you!

SUZANNE AND THE RED SHARPIE

I met Suzanne in 2021.  She’d gained 20 pounds during the “stay at home” season of COVID.  Her sister went through my Metabolic Reboot program with great joy months earlier.

The precise words I outlined above eased out of Suzanne’s mouth within the first 3 minutes of our conversation.  “ . . . can’t lose weight . . . . mothing works”

“The diets always work for a period of time, but my appetite makes it impossible to stick to any of them for more than a week or two.”

I remember Suzanne because of the hard-insistence in inevitable failure and the co-existent illogical action of “seeking out a solution.”   Why would she be sitting in front of my if in fact, there’s not an approach on this planet that can bring the outcome she seeks?

Understand this “hard-wiring of neurons” that creates the rigidity of false beliefs has nothing to do with logic.

Five minutes into our dialogue, I asked Suzanne, flat out, “what do you want me to do for you?”

She thought long and hard.  “fix my metabolism.”

“So you believe your metabolism is fixable.”

It might have ended there, as the absence of belief in an outcome is almost always the prompt for a self-fulfilling prophesy.  I wasn’t ready to throw in the towel but in line with everything I’ve shared thus far, we needed a shift.

Remember, if you insist “it won’t work,” whatever “it” is, you’re usually right.

I handed her a piece of paper and a pen.

“Suzanne, I want to help, but I don’t want to waste my time or yours, so let’s figure out whether your metabolism is, in fact, fixable, OK?”

She looked at me and nodded, looking a bit puzzled but with a glimmer of hope.

“Write this down toward the bottom left of the page.”

Holding onto both the puzzlement and the hope, she did as I asked.

“Now, toward the upper right of that same page write these two statements.”

She did as I asked.  I reached into my drawer and pulled out a red Sharpie.

“One set of statements is true.  It’s up to you to choose.”

“Think about our conversation, think about your desire, and think about the contradiction between the thought, “Fix my metabolism,” and “Nothing works.”  That set of statements creates an impossibility, so we have to make some adjustment before we determine what is in fact true.”

“Think about you sister who lost 20 pounds on the Metabolic Reboot program.  Think about the future you’d like to manifest.  And then, put a red line though whichever of those statements is a falsehood.”

It took her a minute.  There were a few “almosts” in bringing the red ink to the paper before commitment arrived, but finally she made her choice.

She crossed out the “victim statements.”

I smiled, ripped the paper in half, tossed the bottom half and handed her the top.

And then I spoke the words that I’ve spoken thousands of times in front of audiences ranging between one person and seven thousand people.

I broke the silence with this:

“From this moment forward, think these thoughts daily, hourly even.  Know that your thoughts have created a state of victimization, and now, with a new power, I can finally introduce you to the “thing” that “works.”

I’ll discuss Metabolism at length in a future article.  For now I’d like to zero in on Appetite.

It is often thought of as the nemesis of maintaining a healthy eating program.  Let’s reframe it right now.

Appetite, when aligned with endocrine balance and health, is the signal that your body wants for two things, fuel for energy and material from which you’ll build new healthy cells.

The number of tasks, factors, and conditions your body balances at any given moment is miraculous.  Thirst indicates a need for water, shortly after sweating, and sweating, in conditions of heat, helps to manage body temperature.  We amazingly maintain 98.6 regardless of weather conditions.  Fatigue after exercise is a signal to prompt relaxation and recovery.  By that same token, hunger should be a signal equating to the body saying “fuel me.”

These balancing acts are performed with a whole lot of behind the scenes players, primarily neurotransmitters and hormones, and if we’re talking about appetite, we should recognize the roles of four hormonal players.

THE FOUR KEY PLAYERS IN APPETITE

Insulin is a storage hormone produced by the pancreas, and in a state of balance, output is increased after a meal to store glucose being released from the digestive tract in muscles and in the liver ensuring that blood sugar remains stable.  That stored glucose, referred to as glycogen in its stored state, becomes a source of fuel and the storage and release of fuel is one of those miraculous balancing mechanisms I referred to.

Glucagon, also produced by the pancreas, is release hormone, so when fuel is needed, to access the lipids or glycogen your body has in storage, glucagon coordinate the “fuel release.”

Keeping insulin and glucagon in balance is an important regulator of appetite.  If you consume an excess of sugars and refined carbohydrates, the pancreas maintains a state of insulin dominance which cascades into a condition known as “insulin resistance,” a condition resulting in continued blood sugar spikes and drops, each drop driving cravings for sugar.

Grehlin is “the hunger hormone” produced by stomach cells when the stomach is empty.  It signals that it’s time for nourishment, and it aligns appetite with “low fuel in the fuel tank.”  By co-operating at the hypothalamus, the control center of the brain, Grehlin works with Leptin to regulate appetite in a state of balanced health.

Leptin is a hormonal messenger released from fat cells (adipose cells) to switch off hunger.  It replaces the “eat” signal with satiety.

A leptin imbalance, therefore, can disrupt the balance or the link between energy need and hunger, and there are two primary ways to disrupt that balance.

(1) You can eat erratically, and periodically attempt low-calorie diets followed by binges, or, (2) you can accumulate bodyfat driving an increase in leptin production and the eventual presentation of “leptin resistance” where the receptor sites no longer receive the satiety signal and appetite runs amok.

All four of these biochemicals (hormonal messengers) have roles and impact beyond those I just described, and they all interdependently affect other endocrine releases such as the release of growth hormone and the signaling of enzymatic pathways that regulate or dysregulate blood sugar, fat storage, and fat release.

The bottom line is, through sound nutrition and movement (energy demand) you can “fix” imbalances, restore the innate programs that serve as the operating system for these four hormones.

Translation: you can create your appetite.

I can show you how!